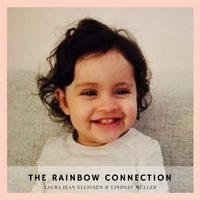 From the recording The Rainbow Connection

Nil is unable to walk or even stand, but...

there is hope to change the course of the disease.

There is a genetic therapy called "Zolgensma" approved by the US Food and Drug Administration (FDA) for children under 2 years old with a price of $2.15 million dollars and with additional expenses the total amount reaches $ 2.4 million.

To support her, you can donate through: https://www.gofundme.com/f/save-nil039s-life

Spinal Muscular Atrophy (SMA) is a neuromuscular disease, which is manifested by a progressive loss of muscle strength that affects the ability to walk, swallow and breathe. And it is the first genetic cause of infant mortality. It is caused by a mutation in the survival gene of motor neurons 1 (SMN1). This gene is responsible for the production of a protein that is critical for the nerves that control our muscles. Without this protein, these neurons cannot function properly and finally die at any given time.

Zolgensma is designed to replace the missing or defective SMN1 gene with a functional copy that produces the SMN protein, thereby improving the function and survival of motor neurons. Zolgensma can save lives of those who are lucky enough to get it with a single dose treatment.

Why are there so many
Songs about rainbows
And what's on the other side?
Rainbows are visions
But only illusions
And rainbows have nothing to hide
So we've been told and some choose to believe it
I know they're wrong wait and see

Someday we'll find it, the rainbow connection
The lovers, the dreamers and me

Who said that every wish
Would be heard and answered
When wished on the morning star?
Somebody thought of that
And someone believed it
Look what it's done so far
What's so amazing that keeps us stargazing
And what do we think we might see?

Someday we'll find it, the rainbow connection
The lovers, the dreamers and me

Have you been half asleep
And have you heard voices?
I've heard them calling my name
Is this the sweet sound
That calls the young sailors?
The voice might be one and the same
I've heard it too many times to ignore it:
It's something that I'm supposed to be